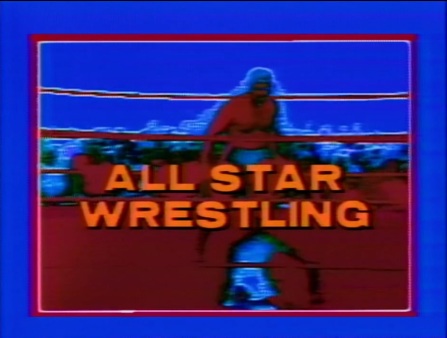 Albano chooses to distract Capetta during his ring introductions. Valiant struts around and refuses to lock up with DiBiase. Finally, he grabs a headlock on DiBiase only to get pushed off into the ropes for the Fargo strut. They go through the same routine again as DiBiase does his little strut. Infuriated, Valiant charges DiBiase only for DiBiase to hit the mat sending Valiant flying out to the floor. With the action getting out of control, Luscious Johnny Valiant comes out to yell about things for a few moments before returning to the locker room. DiBiase flips Valiant back into the ring and starts winding up the wristlock. He takes Valiant to the mat and starts dropping knees on the arm. Valiant finally gets a break as he buries a kitchen sink knee into DiBiase. While he distracts the ref, Albano reaches in and chokes DiBiase on the ropes. Valiant pounds DiBiase and smashes his face on the turnbuckle pad. He then throws DiBiase to the floor to allow some extra added punishment from Albano. This continues until we reach the ten minute time limit draw. (10:00) Well, this was a surprisingly FUN ten minute draw. As much as I don’t care for the character, Valiant is an undeniable master of getting the most out of very little. Of course, DiBiase is a real pro as always. There’s not a ton happening, but there’s some fun bits here and some fun babyface/heel stuff happening that I enjoyed. **½

Afterwards, Bruno Sammartino speaks with Ted DiBiase at ringside. He’s frustrated with all the interference the Valiants and Albano are guilty of around here. DiBiase thinks there should be THREE referees keeping track of what’s happening during their matches. I’m sure the referees union would have something to say about THAT one.

Barrel-chested Volkoff easily handles these two Puerto Ricans. I understand that it’s supposed to exhibit a person’s strengths and stamina beating two men and in that way these matches are effective, but these matches are basically the same every time out. While Rivera is down on the floor, Steve King gets the GORILLA PRESS BACKBREAKER from Volkoff for the win in 5:51.

After the break, Vince McMahon talks to Freddie Blassie and Nikolai Volkoff at ringside. Blassie says Bruno Sammartino has gotten soft now that he’s older. He could work out until doomsday and wouldn’t be half as strong as Volkoff. Talk turns to Bob Backlund. Blassie thinks Backlund is a dumbbell because he lets Arnold Skaaland manage him. Volkoff cuts a promo in Russian and talks smack about Bruno. Blassie then hands Volkoff apples to crush with his bare hands to show what he could do to Bruno and Backlund. Blassie vows that before Volkoff’s campaign is complete on the east coast, Volkoff will destroy Bruno and Backlund. Volkoff says some more in Russian. Apparently Vince knows some Russian curse words because he says you can’t say that in English on the air.

This is one of the few times we’ve covered Pete Sanchez here on the site. He’s been away from the WWF for two years now as you’ll hear from Bruno. Vince talks like Santana and Sanchez are planning to be a regular team, but it doesn’t appear to work out as they never team together again on TV. Rodz and Rodriguez double-team Sanchez over on their side of town. Eventually, he gets fired up and fights his way out of the corner to tag Santana. He’s got a nice dropkick for Rodz, but then Rodz shocks him with a small package for a nearfall. Tito gets cornered on the wrong side of town to suffer the same punishment as Sanchez. As Tito fights back, he hot tags Sanchez as the match falls apart. Sanchez gets Rodz tied up in the ropes and beats on him. Once Rodz is freed, he punches away on Sanchez and tags the Gypsy. Santana gets a blind tag and delivers a double backdrop to Rodriguez. He dropkicks Rodriguez and follows up with a crossbody block for the three-count in 4:56.

Vince is surprised that Patterson has agreed to put his title on the line here against SD Jones at the last moment. He whacks SD with the belt at the bell as he hammers and chokes Jones down on the mat. Jones punches and headbutts Patterson into the ropes where he gives Patterson a taste of his own medicine. Bruno gives SD Jones grief for hesitation, but then he whips Patterson into the ropes for a backdrop and dropkicks him to the floor. Back inside, Patterson reverses a corner whip only to miss a corner charge hitting his knee in the corner. SD goes for the leg and turns the ankle around. Patterson goes to the eyes and throws SD Jones to the floor for a hard thump. He meets SD on the floor where Patterson backs him into the apron and throws him into the ringpost. Once he’s on the apron, SD is able to shoulder block Patterson back and stalk him in the ring. SD misses a dropkick and Patterson knee drops the back to set him up for the Boston Crab to get the submission victory. (6:31) Patterson is such a good heel and a good worker getting a decent match out of SD Jones. *½

Before the break, Vince makes a mistake calling this guy “Stan Hansen”. Certainly not part of the youth movement here in the WWF but welcome all the same, Swede Hanson is best known for being one half of a heel tag team with Rip Hawk in the Crockett territory in the 1960s and 1970s feuding with the likes of George Becker and Johnny Weaver, Paul Jones and Nelson Royal, and the Flying Scotts. Being an old school heel and this being the first look at him here in the WWF, you can imagine how stiff he gets with Frankie. Bruno does a great job putting him over as a guy who likes to hurt people and how he’s heard what Swede Hanson has done to some guys down south. The PILEDRIVER ends Williams in 3:26.