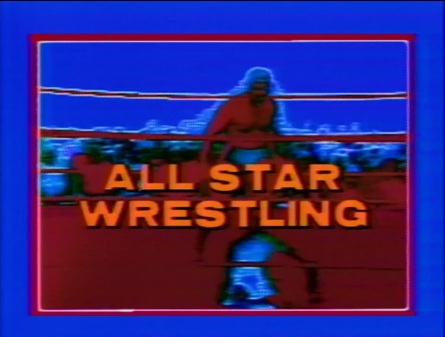 Pop Culture #1s of the Time:
#1 Movie of the Week: Coal Miner’s Daughter starring Sissy Spacek
#1 Song of the Week: Another Brick in the Wall, Part II by Pink Floyd
#1 TV Show of the 79-80 Season: 60 Minutes hosted by Mike Wallace

Your hosts are Vince McMahon and Bruno Sammartino. Since we’re back in Hamburg, Gary Michael Capetta has rejoined us.

Rodz argues with the ref over Patterson’s knee pad to distract and nails Patterson when he’s not looking. He grabs an armbar out of the corner. The camera zoom in on the top of Patterson’s head to show an unhealed injury. Patterson finally runs Rodz off into the corner to break the hold. He twists on Rodz’s cauliflower ear which is not a tactic you see everyday. This angers Rodz and he comes back to punch and kick at Patterson. Pat blocks a turnbuckle smash and trips up Rodz to post the knee. You’d think that would be a DQ back then. Back inside the ring, Patterson takes Rodz to school. Rodz goes to the eyes and catches Patterson with a back elbow. Now Rodz starts up the flying stomps for a nearfall. Next thing you know, he telegraphs a backdrop and Patterson surprises him with a sunset flip for the three-count. (6:57) After the replay, Rodz tries to jump Patterson and fails. *

Possibly the biggest challenge to date for Atlas in the WWF. Collar and elbow tie-ups to start. Atlas shows off with a flying headscissors and takes Estrada to the mat. Estrada takes Atlas back to the mat a few times, but then Atlas starts up with the hiptosses and Estrada has to take a powder. Back in, Atlas overpowers Estrada during an overhead wristlock. They trade dropkicks, but then wind up both trying dropkicks only to crash and burn. Estrada is the first man to his feet and pounds Atlas in the corner. This gets Atlas FIRED UP. He grabs a front headlock, but Estrada slams his way out. Atlas blocks a shot at some more slams and returns the favor. Atlas applies a borderline STEINER RECLINER. Estrada claws the face to escape and again gets Atlas pissed. He EXPLODES on Estrada like we’re on Georgia TV. Atlas delivers not one, not two, not THREE, BUT FOUR headbutts to Estrada! He applies a Boston crab and gets the quick submission. (8:49) Vince describes Tony as a “peach of a guy”. *

After the break, Bruno Sammartino talks with Tony Atlas who has a couple kids with him. The one kid has a shirt that says, “I LIKE WRESTLING”. Make it, ProWrestlingTees. Atlas talks about how much he loves the Hamburg people. He discusses his background in wrestling and weightlifting. His main goal is to be the top wrestler in the world and Tony sucks up to Bruno. Tony mentions Ken Patera as a guy he’d like to meet in the ring. Bruno is just down in the dumps these days, huh?

Scicluna goes right to choking my dude here. He puts a short-arm scissors on the mat and continues to bend the elbow joint. Not much of a match and no funny business this week. Scicluna slams Gomez and knee drops him for the win. (6:08) Scicluna without a foreign object is not a Scicluna I necessarily want to watch. ¾*

Folks, it’s with a heavy heart that this is the final time we will be seeing JoJo Andrews on WWF TV. He returns to Stampede in the spring as Kasavubu to feud with the Hart family and wins the Stampede tag titles with Dynamite Kid and Mr. Sakurada (you might remember him as Dragon Master in WCW). Unfortunately, he passes away due to a heart attack in July 1982 at the young age of 26. Tito wins with a crossbody block in a short 2:04.

Bruno speaks with Tito Santana after the bell. Santana says he used his speed to beat a bigger guy like JoJo. Talk turns to Santana’s workout routine. Since training with Ivan Putski, he’s been lifting the weights and running 20 miles a week. Bruno gets a little confused and tries his best to say he wishes Tito the best of luck.

Either this is the last match on the card or the crowd has treated this match like a bathroom break. After putting over Tony Atlas, Vince and Bruno discuss how lame the stomach claw is that Sharpe has applied. Not a fun match, but Sharpe levels Masters with the PILEDRIVER for the win. (5:31) Everyone is just ready to leave at this point.

That’s going to do it for this week. MSG IS NEXT. SAMMARTINO versus ZBYSZKO.

Until then, so long for now.