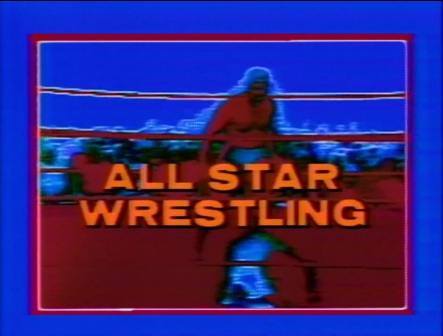 Pop Culture #1s of the Time:
#1 Movie of the Week: Caddyshack starring Michael O’Keefe, Chevy Chase, & Rodney Dangerfield
#1 Song of the Week: It’s Still Rock and Roll to Me by Billy Joel
#1 TV Show of the 79-80 Season: 60 Minutes hosted by Mike Wallace

After some headlockage, Shaw tries to pound on Patterson in the corner. He winds up turning his back on Patterson to rile up Pat. Shaw takes a powder, but comes back inside only to get his face smashed on the buckle. Patterson bends on the leg, but Shaw grabs the hair to escape the hold. Back to the corner, Shaw rakes the face. Patterson, being the smarter veteran, he eyepokes Shaw like he’s part of the Three Stooges. Shaw comes back again though and hammers Patterson, but Patterson grabs a leg and wraps the knee around the ringpost. Back in, Patterson works the leg and backdrops Shaw to set up the Boston Crab for the submission. (7:54) No need for Morales to worry about someone else using the Boston Crab, I guess.

This is one of the earliest TV matches for Martel in the WWF and he’ll continue to work only TV tapings until he’s finished tying up his loose ends out in Portland as he’s still the Pacific Northwest heavyweight champ. You can click over to my Pacific Northwest section to see TONS of Portland coverage from this era. Rodz is a MENACE taking Martel to the floor and running him into the ringpost. Martel winds up choking Rodz with his t-shirt and throws him into the post for retribution. Back inside, Martel punches back and covers him for a nearfall. Back to the floor, Rodz drops an elbow and slams Martel on the floor. In the ring, Martel fights back and smashes Johnny’s face on the buckle. Looks like the corner gets exposed there. At one point, Martel gets hung up in the ropes. Martel catches a kick though and knee drops the hamstrings. There’s a knee lift and Rodz gets caught in the ropes. Martel comes off the ropes and shoulder butts Rodz. Bruno warns Martel shouldn’t go for a third time. Rodz punches and slams Martel. He goes for a pinfall and counts himself. When Rodz stands up acting like he’s won, Martel gives him an O’Connor roll for the three-count. (6:16) We’ll certainly be seeing more of Martel in the coming months.

Afterwards, Bruno talks with Rick Martel at ringside. Martel has always wanted to come here to the WWF, but he needed to get better and better by wrestling all over the world, and now he feels he’s ready. Bruno wishes him nothing but the best as he wraps up the interview.

When we return, Bruno speaks with Freddie Blassie and the Hangman. This is an interview replayed from 7/12/80 All Star Wrestling. Blassie says he ordered the Hangman to destroy Steve King for six minutes. He says the same thing about the Hangman about how he’s won tournaments in Europe for nine years straight. Bruno says this guy’s name isn’t the Hangman and Blassie admits it, but wants the people to write in with a better name for his man other than the Hangman. THAT’S IMPOSSIBLE, FREDDIE. Blassie seems he’s grown tired of people asking him where the Hangman is from. Apparently, he’s grown so mentally tired, he can’t tell the difference between McMahon and Sammartino.

Looks like a bathroom break match from the look of the empty seats. Maravilla is very concerned about wearing down the arm. Next thing we know, he’s putting Sharkey down with the Jumping Headbutt for the win in 3:29.

You can imagine how well this match goes for Gypsy Rodriguez and Marc Pole. Andre does his typical shtick squashing these guys. He throws Rodriguez to the floor and the Avalanche Splash ends Pole in 4:01.

Estrada tries to match strength with Atlas and that won’t work. Atlas NO-SELLS the punches and EXPLODES on Estrada. He applies a chinlock and Estrada escapes, but then Atlas does his Dusty Rhodes comeback and lands an elbow drop for two. Atlas connects with a pair of dropkicks and delivers a GORILLA PRESS SLAM for the win in 4:17.

And just like that, the show cuts off and we’re done until next time. So long for now.