Everyone in WWE besides maybe John Cena is around the ring as Vince McMahon comes down to explain that some skank is now all huffy after he went balls deep in her back in the day. He doesn’t even remember who she is, but she’s withholding the name of his illegitimate child. How does that work legally? I’ve seen my share of lawyer shows and I’m pretty sure that can’t happen. Best part of the segment: Vince blames the woman for not being on the pill. Well, OF COURSE, Stephanie McMahon interrupts. Turns out she went to the plaintiff’s attorney and found out that Vince’s bastard is in fact a WWE Superstar. How convenient!

So wait a minute, in this universe, someone other than representation for the defendant can walk into the plaintiff’s attorney’s office and find out information that the defendant themselves can’t even find out? 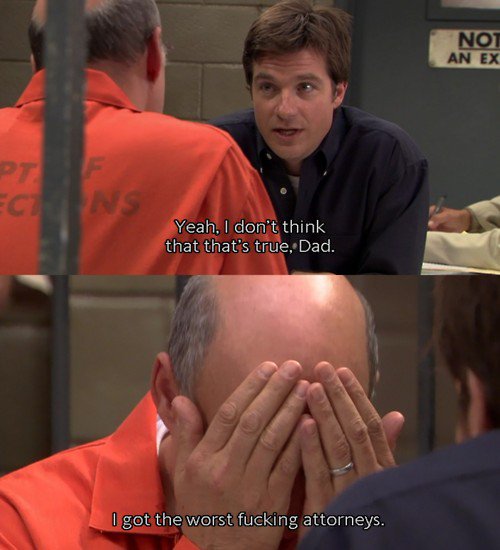 Sandman interrupts to get this match going. He hits his drunken version of the Russian Legsweep, but can’t put Kennedy away. Kennedy comes back and hits the Running Facewash and finishes with the GREEN BAY PLUNGE of sorts at 2:21.

In the back, Coach wants to weed out who couldn’t be Vince’s bastard child by examining the range of Vince’s sexual activity. Ric Flair stops by to WOO at McMahon. Well, clearly he’s off the list.

Cryme Tyme comes out and sells the chair right out from under Lillian Garcia. JIP to the tag champs working over Shad. Murdoch gets sent into the buckle and JTG is able to get the hot tag. FLYING LEG LARIAT! The ref is putting out Shad though and doesn’t see the heels hit the HIGH LOW. Shad grabs a chair and nails Murdoch for the DQ. (3:05 shown) *½

Apparently, there were problems between the Highlanders last week when Rory lost—crap, the match is already over. Snitsky with a clothesline and PUMPHANDLE POWERSLAM at 0:20.

Not trying to brag, but Vince claims to have banged broads in every state in the union. Cody Rhodes shows up and gives Vince a condom. You’re about thirty years too late, pal. While Vince wonders who the kid could be, the Boogeyman shows up behind him for laughs.

MSG doesn’t seem to care about Cody just yet. Charlie dominates for most of the match, but Cody comes back with a hot shot and mounts a comeback. He manages to catch Haas with a fluke small package and gets the win. (5:04) Cody right now is about to the level of Dustin Rhodes in 1990. I think he needed a Goldust around to get him over here. ½*

Will Jerry Lawler man up and crown Booker the King of the WWE? NEVER! Booker has yet to beat the “King of Kings” Triple H, but he’ll have a chance to make it happen this Sunday night at SummerSlam. We don’t get any Triple H, but we do get a video package. Since Lawler won’t crown him, Booker crowns him with punches and kicks as the crowd chants for HHH. He even goes as far as to run Lawler into the steps and then bounces a monitor off of his head.

After the commercial, Todd Grisham replaces Jerry Lawler on commentary.

Before the main event, Randy Orton comes out to the ring to cut a long-winded promo to say he’ll be ending the career of John Cena at SummerSlam.

Umaga destroys Orton, but misses an avalanche. Carlito and Orton doubleteam him, but get clotheslined down. The babyfaces clear the ring and stare at one another. Commercials! When we return, Cena and Umaga continue working over Carlito. Orton saves Carlito from the FU and distracts Cena so Carlito can shove him to the floor. Boy, the crowd is into this one. Cena makes a short comeback, so Orton takes him out with a huge running clothesline. Finally, Orton misses a corner charge and Cena is able to fight off Carlito long enough to make the hot tag. It’s not a normal hot tag though. Apparently, Umaga is too much of a savage to know how to reach out and tag someone like everybody else does in wrestling, but knows to stand on the apron during a tag match when you’re not the legal man without getting into the ring and attacking everybody at will. Umaga cleans house as Cena blind tags him. Umaga brushes off the Backstabber. Totally shocked by what happened, Carlito hops up into the FU to give Cena and Umaga the win. (11:04 shown) Fun little tag match in front of a HOT crowd. I could have gone for more action after the hot tag, but whatevs. ***

Saturday Night’s Main Event (the only one I never recapped!) is next! Until then, so long for now!