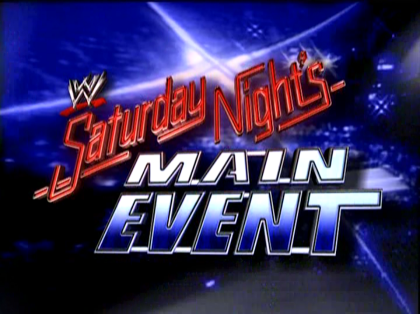 From Vince McMahon’s office, he and Jonathan Coachman try to hash out who his bastard child is. Vince recalls banging some black chick in Kansas City – where Coach was born. And wound up being black in Kansas City. In the 1970s. Vince is disgusted by even the mere thought of having Coach as a son. Hasn’t Shane and Stephanie tried to do horrible things to you over the years? What has Coach done that’s so bad except EVERYTHING YOU EVER ASK OF HIM? Poor Coach. No respect.

Your hosts are Michael Cole, JBL, and Jim Ross.

Cole explains that Finlay and Kane are feuding over coffee that got spilt on Kane, which would be the *second* time that has happened to him. The babyfaces take turns destroying Finlay. Commercials! When we come back, Khali is working on Kane’s injured ribs with THE CLAW! Bats tags in and cleans house on Finlay. Hornswoggle gets involved, but Batista uses him as a weapon on Finlay. That brings in Khali, but they tie him in the ropes and ram the leprechaun into Khali’s gut. Khali unties himself, but takes a DOUBLE CHOKESLAM by Batista and Kane. That allows Batista to spear Finlay and deliver the DEMON BOMB for the win. (5:42 shown) Watchable and inoffensive little matchup. **

In the back, Vince looks in the mirror and sees himself from twenty years ago. Ron Simmons comes over to say DAMN.

Elsewhere, MVP and his entourage hook up with old man Evander Holyfield. Heterosexual bonding ensues. Unfortunately, Evander doesn’t get any mic time – because you know the man can really work the stick.

To the ring, Jonathan Coachman and Vince McMahon come out to get to the bottom of the whole bastard child mystery. Coach first thinks it might be Eugene. Vince said he had sex with a stranger in Kentucky, not his cousin. He says he wore protection, too. Alright Coach, let’s keep trying. Option two is Melina. Vince says it can’t be Melina because he’s already been to the promised land. Yeah, like that’d stop him. Melina says if she turns out to be his daughter, she’s going to take every cent he has. Well, that does sound like something Vince’s daughter would say. Coach doesn’t want to bring out the third possibility, but Vince demands that he meet his illegitimate child. CRASH! Naturally, it’s Steve Austin. He’s upset because Vince never played catch with him or built a go-cart with him. Austin laments not learning about the birds and the bees from Vince. Actually, given Vince’s sexual habits, maybe he should be thankful. Austin says Vince has a grapefruit problem, so he decides to low blow him several times. Coach tries to reason with him and catches the STONE COLD STUNNER! Austin offers Vince a beer and gives him the Stunner for fun.

Cena beats Carlito from pillar to post early on. Carlito rolls to the floor to even things up with a chair. Cena grabs it away from him, but gets tossed to the floor so we can go to break. We come back to Cena making the comeback and hitting the Throwback. He hits a Flying Famouser and makes Carlito tap out to the STFU. (2:59 shown) Afterwards, Randy Orton jumps Cena and tosses him to the floor. Orton opens up a chair and delivers a SICK RKO on the chair.*

After the break backstage, Orton explains that he’s going to repeat history by winning the WWE title at SummerSlam.

Not sure which of MVP’s entourage is Drama, but I think he’s a necessary addition. They sprung for Michael Buffer tonight, which is cool because it lends instant credibility and reminds me of the big Nitro main events. Just hearing Buffer introduce MVP was amazing. I won’t bother breaking it down into rounds or doing a blow-by-blow, but here it is: Evander beats the crap out of Matt Hardy. Matt has trouble defending himself, so Evander backs off. That draws the scorn of MVP, so Evander knocks MVP the F&%$ out. I’m not sure why they brought in Holyfield and not someone current, but this was an okay segment. I guess they wanted to hold off someone like Floyd Mayweather until WrestleMania season. [N/R]

Tazz replaces JBL on commentary for this one. Punk and Morrison do a decent wrestling contest early prompting a fairly big “ROH” chant. Punk clotheslines Morrison to the floor so we can get a commercial break. We come back to Morrison taking a beating from Boogeyman. Boogey goes for his worms, but Big Daddy V tags in. He destroys Boogeyman for a while before Morrison tags back in. Morrison and Punk resume, this time in a ring-full of worms. Punk hits his springboard clothesline but gets yanked off the second rope. Morrison picks him up, but Punk suddenly small packages him for the win. (4:45 shown) And that’s all she wrote. *½

Final Thoughts: I said a year ago this was an outmoded idea now, and it’s no different now. It feels like a stilted version of an All-Star game where it doesn’t mean anything long-term, so they don’t put as much effort into it. Plus, most of the matches happened offscreen during commercials. How can you get excited about that? Thumbs down for SNME #35.