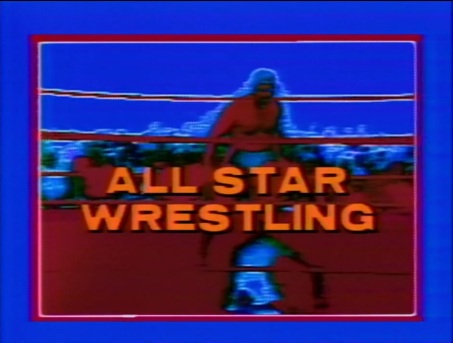 Pop Culture #1s of the Time:
#1 Movie of the Week: Star Trek: The Motion Picture starring William Shatner
#1 Song of the Week: Babe by Styx
#1 TV Show of the 79-80 Season: 60 Minutes hosted by Mike Wallace

Your hosts are Vince McMahon and Bruno Sammartino. Since we’re still at the same taping, JOOOOE MCHUGH is back again this week.

Doherty and Buford try to double-team Andre of course. When it doesn’t work out and Doherty gets mad, Andre grabs his shoulders and Doherty shows some great facials. Andre boots down Buford and drops Doherty on top of him to pin both guys in 1:33.

No problem for the Incredible One. He slams Patrick for a LEGDROP, but lifts up Patrick at two. He plays around with Patrick for a few more moments before putting him away with the Canadian Backbreaker at 2:33. Wild to see both Andre and Hogan in back to back matches. Vince gets Bruno’s input on why Hogan doesn’t seem to have much of a scientific style of wrestling. He thinks Hogan just needs tougher opponents to see how really good he is.

Before the match, Vince McMahon talks to Captain Lou Albano about his Wild Samoans. While Albano calls his team the best pair he’s ever managed, the Samoans are beating on each other. He starts challenging his Wild Samoans against the top names. He even says he’ll put up $25,000 against any team that can last ten minutes with his Samoans. Albano mentions “High Chief” Peter Maivia and says the Samoans are his nephews – and they can’t be controlled. When Albano asks Vince if there’s any question he wants to ask, Vince ends the interview. He calls Bruno over and talks to him about how Albano is acting totally incoherent. Vince seems to be acting very uneasy with Albano and the Wild Samoans stalking around.

Afa holds Sousa down on the mat with a nerve hold. Eventually, Sousa gets away and tags Rivera. He’s still got the left hand taped. Heel miscommunication ensues and the crowd goes nuts. It just really angers the Samoans more than hurt them. Rivera gets cornered and Afa sits down on a chinlock. He lets Rivera up who sees a backdrop coming and drives a knee and a dropkick to send Afa down. Bruno says that was the first time he’s seen one of the Samoans get taken down to the mat. Back over to the Samoans corner, he’s double-teamed as they choke the life out of him. Sika delivers a backdrop to Rivera and grabs a stomach claw. He whips Rivera from corner to corner and charges, but Rivera moves and starts throwing dropkicks. The match breaks down. Albano gets in the ring and he bumps for Rivera. Awesome. Crowd goes nuts. Afa throws Sousa to the floor and bounces his face off the apron. Rivera punches back on Sika and tags out. He runs into a right hand and in comes Afa for a double-team clothesline. SAMOAN DROP to Sousa. Afa covers him for the win. (8:56) Pretty cool to seeing Rivera getting the rub from the Samoans. Sousa was as useful as a poopy flavored lollipop though. *½

DeNucci gets an IC title match in MSG on Monday night, which might explain why this match is happening. He certainly hasn’t been featured in a long time. They trade hammerlocks and wristlocks to start. Estrada pulls the hair to maintain control of DeNucci which just angers the man. He continues to get aggressive with DeNucci to build to a strong comeback. Well, Dominic does come back with a big slam and teases stomping Estrada in the balls. Estrada goes to the eyes and hits a backdrop for two. DeNucci chases Estrada around the ring and finally catches him for the AIRPLANE SPIN to get the three-count. (9:11) This just went on way too long, but they do have an hour to fill here. ½*

Bruno Sammartino talks to his old pal Dominic DeNucci at ringside after the match. He puts over DeNucci listing all of his accomplishments. Sammartino mentions DeNucci was once a southern heavyweight champion and that a lot of people didn’t know that – because it isn’t true. The closest thing he’s been to a southern champion is winning the NWA Florida tag titles for a short time with his favorite partner Tony Parisi in 1974 and into 1975. DeNucci gives a brief humble interview. He really looks like Mel from Alice really close up.

This is our first time seeing Gomez as a jabroni. We should see him quite a bit in TV squashes over the next several years in the WWF. Hussein has absolutely no issue beating Gomez as he suplexes and chokes Gomez. While he’s got Gomez in a bow and arrow submission, the ref counts Hussein’s shoulders and nearly counts three, but Hussein releases the hold and gets up mad. A Belly to Belly Suplex ends Gomez in 2:44. Afterwards, we can hear Hussein going over and threatening Bruno Sammartino and also Bob Backlund.

And that’s going to do it for this week. Until next time, so long for now.