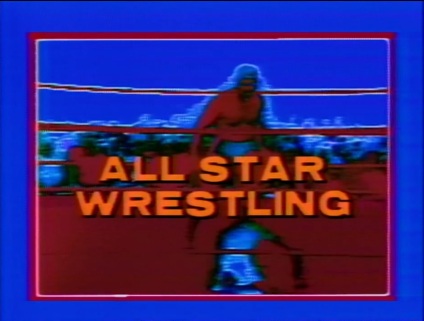 Pop Culture #1s of the Time:
#1 Movie of the Week: Kramer vs. Kramer starring Dustin Hoffman and Meryl Streep
#1 Song of the Week: Please Don’t Go by KC and the Sunshine Band
#1 TV Show of the 79-80 Season: 60 Minutes hosted by Mike Wallace

Your hosts are Vince McMahon and Bruno Sammartino. Gary Michael Capetta is back with us this week.

Hussein jumps Santana when his back is turned signing autographs for little kids. I mean, WHAT A JERK. He chokes Santana with his headdress and knocks Tito around. Santana comes back with a slam and chokes Hussein with his own gear. But it’s okay, he’s a babyface. Santana grabs a side headlock and cranks away because it’s still technically the 1970s. They do the criss-cross bit and Santana hiptosses Hussein onto the mat. Back to the headlock. Hussein shoves off Tito for a dropkick and misses. Santana fires back with a dropkick of his own and goes back to the headlock. When Hussein escapes again, Santana delivers a hiptoss and a flying headscissors before returning to the headlock. Hussein escapes one more time and knocks a charging Santana through the ropes to the floor. Hussein runs Santana into the steps while Blassie stands over Tito. Back in, Hussein telegraphs a backdrop and eats a couple dropkicks that sends Hussein this time to the floor. He brings a chair back with him and the ref Dick Whorle throws the match out via DQ. (6:42) Bruno points out that the back of Hussein’s head is bleeding from the bump out to the floor. *½

Wizard helps Patera off with his gear to draw whistles and jeers from the crowd. This eats about a minute and a half of this match. Patera runs circles around Berger and then starts doing jumping jacks. More running and now he heads to the apron to yell at the ref. Bruno and Vince discuss Patera’s weightlifting abilities. He’s got a 900 POUND SQUAT. While Patera grabs a headlock, Vince calls Patera the greatest weightlifter ever in the United States. Suplex by Patera. He’s just taking his time destroying this guy. There’s the SWINGING FULL NELSON for the submission in 5:02.

Afterwards, Vince McMahon talks with the Grand Wizard and Ken Patera. Wizard says Patera’s attitude is what makes him special. In his 27 years of managing, this is the greatest man the Wizard has managed and promises Patera will win the WWF championship in 1980. Vince speaks with Patera about his “killer instinct” attitude. Patera says if he could, he would knock Vince out right now. He says he got to where he is by himself and he’s sick of seeing these punks around here like Bob Backlund and Bruno Sammartino. He calls the fans “lost souls” which is why they look up to guys like Backlund and Sammartino. Patera DEMANDS respect and they admire him because they know he admires himself. DARE TO BE GREAT.

These two have no effect on Hogan whatsoever. Forearm smashes and slams everywhere. Gomez gets dumped as Hulk concentrates on Ortiz. They have some real trouble with that Canadian backbreaker until Ortiz gives up at 4:57. After the match, Hogan meets Bruno for an interview. Bruno asks Blassie why Hogan doesn’t use actual wrestling tactics. Blassie says he hasn’t had to show his wrestling skills yet because the promoters haven’t given him a challenge yet. Hogan says he is the new king of professional wrestling because no one can handle the pythons, brother.

Rodz tries to feel out Zbyszko to start. Larry Z gets PISSED when Rodz rakes his face. Zbyszko surprises Rodz with a sunset flip and Rodz complains of tight pulling. The ref gets in the way of a forearm smash by Zbyszko allowing Rodz to fire away on Larry Z to take control. Zbyszko avoids an elbow drop and whips Rodz from corner to corner to set up an attempt on the Abdominal Stretch. Rodz escapes, but misses a flying stomp. A reverse neckbreaker by Zbyszko gets countered to a backslide, but Rodz only gets two. Larry Z falls on top of a slam attempt and then steps on the face. They trade slams, but Rodz misses a splash. Rodz misses a knee drop as well which allows Zbyszko to go after the leg. Rodz fights back and nearly knocks himself silly with a headbutt. There’s a back elbow, but Rodz doesn’t remain very aggressive. He hits an elbow on Larry Z off the second rope. He misses a second one and then they run into a double-KO. Zbyszko comes back with a backdrop and some sort of collision allows him to get the three-count. (7:28) They have had better matches together. *

Crowd wants Patterson since he and Albano have split. Duncum grinds on a front headlock and puts Lee in the corner for the RUNNING BULLDOG to get the win in 2:38.

Vince announces that we will be getting a special interview with Larry Zbyszko next week. It’s about to get GOOD.

That does it for this week. Until next time, so long for now.