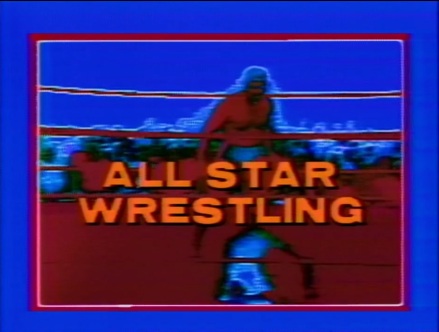 Your hosts are Vince McMahon and Pat Patterson. May Pat Rest in Peace.

Slaughter is here to whip dat azz of Angelo Gomez. Once he gets his hands on Gomez, Slaughter delivers a pair of backbreakers and a big dropkick. A back suplex all over the ring leads to a piledriver. He then follows up with a sloppy Tombstone. There’s a back elbow and Slaughter applies the COBRA CLUTCH for the submission in 4:08. Poor Gomez gets stuck in the Cobra Clutch way longer than Slaughter needed. Instead of saving Gomez, the referee argues with the Grand Wizard. I’m sure they were just discussing who shot J.R. Ewing or something. Slaughter is one rude dickhead, folks. Once he gets out of the ring, Slaughter tells Pat Patterson he wants real competition and says people will keep getting hurt if he doesn’t get better matches. Pat really doesn’t like Slaughter and the Grand Wizard and gets the heck out of there to get onto our next match.

McGraw sticks with a hammerlock for most of the match. Finally, Demon manages to avoid a dropkick and he’s onto McGraw’s lower back. Pat says McGraw “photographed” that move. CLOSE. Black Demon’s offense serves to only piss off McGraw. There’s a 1970s headscissors takedown and that staggers Demon into a flying body press by McGraw for the three-count. (7:41) Can’t believe how little they are doing with McGraw these days. He has dropped off and it shouldn’t take him almost eight minutes to beat the Black Demon.

Pat Patterson talks with Stan Hansen and Freddie Blassie. Hansen preaches the same conspiracy that he’s not allowed in the WWF because of what he did to Bruno Sammartino. He gets racist against black people and Puerto Ricans just like Bobby Duncum before him which now feels more like the forced anti-southern sentiment that has been a part of McMahonLand for decades. HANSEN IS HERE – and he’s ready to go after Bruno Sammartino and Bob Backlund. As Pat wraps up the interview, Blassie butts in and says it cost him a ton of money to get Hansen back in the WWF. Forget about giving Hansen a bunch of geeks, he wants to wrestle the best and the nastiest around.

A Latin American match if there ever was one in the WWF. Rodz starts with Maravilla as they hiptoss each other around. Someone near the microphone shouts “NimRodz” at Rodz, which is hilarious and I don’t know why I didn’t think of that. Maravilla and King are sticking with the headlock. Rodz eventually collapses in his corner and tags Estrada. He corners King and puts the boots to him. We see a couple false tag spots. Vince makes excuses for the ref and says he’s new. NO EXCUSE WHEN A GUY IS GETTING ASSAULTED, VINCE. Right before King tags out, he nails Rodz with a pair of dropkicks for some reason. Maravilla comes in and the match breaks down. Estrada and Rodz are ran into each other. Once things settle down, King telegraphs a backdrop and eats a boot. Savate kick connects on King. He comes back with a crossbody block on Rodz for two. Estrada grabs hold of King and chokes him before he and Rodz stomp the crap out of King with the ref’s back is turned. Once again, King comes back and lands a pair of dropkicks. He’s on the wrong side of town though as Rodz lowers the boom on King while he’s laid up on Estrada’s shoulders. Rodz drops an elbow and gets the three-count. (7:58) Not too bad of a contest, but I seriously would like to see what Rodz and Estrada could do with a more serious tag team. **¼

Sousa’s shaved head looks like he lost a bet. Patterson says DeNucci makes a real good spaghetti sauce, which I hope isn’t code for anything weird. When Sousa isn’t headlocking, he’s stomping DeNucci. Dominic continues with his Three Stooges offense and scares Sousa to the floor. DeNucci runs him into the post and tosses Sousa back inside for a wristlock. Sousa punches DeNucci out onto the doctor’s ringside table. As he goes back inside, DeNucci reaches into the crowd and comes back with a chair like we’re in some sort of real life WCW/nWo Revenge moment and clobbers Sousa. Umm, DQ? DeNucci ends up applying the Abdominal Stretch and submits Sousa. (6:24) Vince refers to Sousa as a “wounded walrus” which seems kinda mean.

Hansen isn’t going to like that he has to wrestle another fat geek. He’s absolutely dominant against Pole and pins him with the LARIAT in 3:25.