Your host is Frank Bonnema.

Frank Bonnema speaks with Buddy Rose and Rip Rogers. Buddy makes an open challenge to anybody around the world who wants to wrestle him in a hair match. Rogers puts over the very idea of someone willing to risk their hair for any reason at all. Buddy says he just wants to make everybody around here in Portland totally and utterly bald. 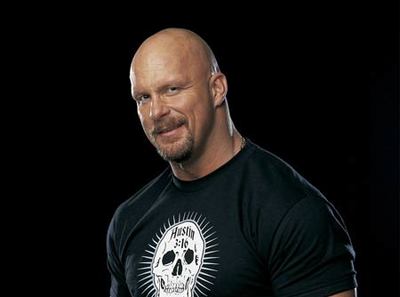 FIRST FALL: Rip Rogers takes his sweet time leaving ringside. Few people are more entertaining doing absolutely nothing than Buddy Rose. He stalls for a minute or two here. When they do touch, Adonis is able to take and dish out what Rose is giving him. Adonis shoves off a headlock and monkey flips Rose. A press slam and a hiptoss out of the corner sets Rose up for a dropkick through the ropes and down to the floor. Rose kills some time on the floor while fans yell and let him know he’s number one. Back in, Adonis blocks a slam and press slams Rose again. He comes off the ropes for a splash, but Rose rolls out of the way. Rose hits a gutbuster and stomps the midsection before a jackknife roll for the three-count to take the first fall at 6:22.

SECOND FALL: Adonis is really hurting here. Rose tries to put him away with a jumping back elbow, but Adonis kicks out at two. And man, he THROWS Rose off him. Rose grabs a stomach claw because that’s a thing back in these days. He really gets all Killer Kowalski with it too. Adonis pulls on the hair to break loose. They head to the floor where Rose runs around the ring and gets caught in a sunset flip on the concrete! WHAT. Back in the ring, Adonis hits a flying elbow drop to the knee and applies the SPINNING TOE HOLD for the submission and the second fall at 10:35 total.

THIRD FALL: Adonis goes right back to the knee and Rose goes to the eyes to get him to stop. BILLY ROBINSON BACKBREAKER on the sore knee prevents Rose from capitalizing. When Rose goes to cover him, Adonis starts gouging Rose’s face until Rip Rogers returns to the ring and blasts Adonis from behind for the DQ. (11:42 total) While Sandy Barr tries to get Rogers out of the ring, Buddy Rose stabs Adonis in the eye with a pen (I believe?). Dutch Savage runs Rose and Rogers to the locker room and checks on Adonis. Bonnema explains that a fan threw a pen at Buddy Rose that had no effect so Rose used the pen on Adonis. CRAZY! **½

The title is misleading because that isn’t in the plans at all. Over at the Crow’s Nest, Adrian Adonis announces that while he’s wrestling Buddy Rose next week, Rip Rogers will be handcuffed to Steve Pardee.

We get the rebuttal from Buddy Rose. He seems to think Italians are taking over Portland. Anywho, Rose thanks the fan who threw that pen at him. Hilarious.

Rogers scoffs at Pardee’s physique compared to him. As the bell sounds, Pardee hits Rogers with FOUR dropkicks and gets a nearfall as Rose jumps in the ring to eat a dropkick as well. Pardee runs Rose into Rogers and cleans house on the heels. Rogers and Rose decide to just fight another day and head to the dressing room as Pardee wins by countout at 1:17.

Looks like Steve Pardee has the support of the PNW champ Stan Stasiak. Although he’s new to the wrestling business, Pardee accepts the open challenge to a hair match placed by Buddy Rose. Stasiak puts this kid over for having a ton of guts accepting a challenge like this. There’s no doubt in Stan’s mind that Pardee can beat Rose and he’ll give Steve all the pointers he can. The guy can definitely dropkick ya! Stasiak says he will personally see to it that there’s no outside interference during this match.

FIRST FALL: During this match, Steve Pardee will be handcuffed to Rip Rogers to cut down on outside interference. Of course, Rogers has to be forced to be linked to Pardee. It’s not so much handcuffs as it is they are both attached to a ten-foot long chain. They lock up and Rose misses a shot up against the ropes to take a ride to the floor. Back in, Adonis fires back on Rose when he tries to twist his arm off. When Rose goes down, he bails to the apron. Adonis billy goat headbutts him off the apron into Rogers. Ha! Back in again, Rose applies a full nelson and puts Adonis down. He’s nearly put away, but Adonis fights back and puts Rose in the full nelson. Rose tries the Johnny Eagles escape and fails. Adonis decides to deliver an atomic drop and that sends Rose falling out to the floor. Even though they are close by, Rogers and Pardee are a non-factor. Back in the ring, Adonis escapes a test of strength and takes down Rose for a double legdrop. Rose kicks away the SPINNING TOE HOLD and Adonis does that amazing “trapped in the ropes” spot. Once Adonis gets freed, Rose lands a jumping back elbow for two. He now starts going after the knee and applies an Indian Deathlock. Adonis tries to come back, but Rose trips him up into a stepover toehold. Adonis gets to his feet and drives Rose’s face down onto his knee. He gets FIRED UP and ducks a swing to apply an abdominal stretch into a cradle for the three count and the first fall at 14:27.

SECOND FALL: Bonnema tells us that Adonis plans on staying in Portland because he has now purchased a home. Oh brother. You’ll find out why that sort of news would suck for Adrian on my next edition of Portland wrestling. While Rose is out on the floor wasting time talking to Rogers, Pardee yanks Rogers into the ringpost. To make things worse, Adonis gives Rogers and Rose a DOUBLE NOGGIN KNOCKER. Back inside, Adonis catches Rose with a Jack Brisco rollup for two. Rose starts punching on Adonis, but gets a suplex reversed on him. Rose gets right back on Adonis with a front headlock. He does a good job of keeping Adonis down and cutting him off whenever Adonis tries to come back. Eventually, Rose turns the hold around into a reverse neckbreaker for 1-2-NO! Back to the headlock. Rose tries the BILLY ROBINSON BACKBREAKER, but Adonis flips away from the move and delivers an atomic drop. HERE COMES ADONIS! They keep showing us some old guy in the front row who looks surprised to be alive. Hilarious stuff. Adonis misses a flying splash though. Rose tries coming off the top as well, but Pardee shakes the top rope. Rose falls into Adonis, but Adonis rolls on top of him for the win. (26:54 total) Adonis wins in two straight falls! Rose and Rogers definitely plead their case to Sandy Barr, but he walks out of the ring and awards the match to Adonis. Great first fall and good second fall. ***½

Over at Frank, Buddy Rose wants to talk to Don Owen right now. When Owen comes over, Rose accepts the match with Steve Pardee where their hair will be on the line. It happens next week! Rose doesn’t want it on TV though just in case he loses. Adrian Adonis stops by as Owen explains that he wants a loser leaves town match on September 18 to finally rid Portland of the scourge of Buddy Rose. Since he just beat Buddy Rose two straight falls, Adonis might be a little overconfident. PACK YOUR BAGS, ROSE. You’re leaving town. When Adonis leaves, Rose goes back to belittling Steve Pardee. How dare Pardee walk into Portland and challenge Rose on his first night here. Rose then says he looks forward to sending Adrian Adonis out of town just as he bought a house and his wife is pregnant. IT’S GONNA BE AWESOME.

Next time we come to Portland, we’ll see who gets their head shaved: Buddy Rose or the young punk Steve Pardee? What will happen to Adrian Adonis and that pregnant wife of his? Plus, RED BASTEIN. Never seen this guy wrestle before. All this and much more as we get deep in the fall of 1979.