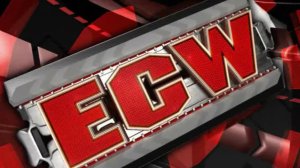 LAST WEEK: CM Punk outlasted two other black guys (Shelton Benjamin and Elijah Burke) in a triple-threat match and now he gets to face the ECW champ Chavo Guerrero again to get his title back.

Your hosts are Joey Styles & Tazz.

Was the idea to make a Mikey Whipwreck out of Colin Delaney? Miz and Morrison get some heat on him culminating in a jawbreaker and Flying Chuck combo. He manages to slide under Morrison and hot tag Dreamer. Hanging Neckbreaker out of the corner by Dreamer gets two. Dreamer tries a Texas Cloverleaf on Morrison, but Miz kicks him away. Tag to Miz, he knocks Delaney off the apron and goes to work on Dreamer. When Dreamer gets double-teamed, Delaney shows some balls and starts wiping out the tag champs with a steel chair for the DQ. (4:19) Delaney doesn’t seem to realize what he just did. Dreamer celebrates the kid’s balls dropping as there is a quiet “ECW” chant. Delaney looked real good taking bumps. *½

Styles says Stevie is 3-0 since returning from throat surgery. Shelton hits a shoulderbreaker early and goes to work ripping at the arm. Richards finally escapes and avoids a flying body press. Crowd couldn’t care less and who could blame him. Stevie catches him for a side slam for two. He nails Shelton with a nice enziguri for another nearfall. PAYDIRT drills Stevie out of nowhere for the win. (4:55) So much for Stevie. Benjamin gets on the mic afterwards telling us he’s going to win the Money in the Bank. ½*

They take us back to last night on RAW when Maria revealed her Playboy cover. Santino tried to stop her for the lulz, but it didn’t work.

Elsewhere, Kofi Kingston is backstage with Kelly Kelly looking at a blown up copy of Maria’s Playboy cover. It’s just hanging out back there. Anyways, Kofi thinks KK has what it takes to be in Playboy. Yes you’re right, Kofi. She is kind of a whore. KK thinks it’s sweet of him to say that. Layla then shows up to let KK know she’s just jealous that Playboy wanted her instead of KK. Kelly calls Layla a liar and we’ve got a catfight. Creeper Kofi is luckily standing around to help separate the two.

Chuck Palumbo comes out circling the ring on his motorcycle. CHOKESLAM. Goodbye, Mr. Curtis. (:30) This is supposed to add heat to Kane and Palumbo’s match on Smackdown, but who really gives a shit. N/R

RAW REBOUND (brought to you by WWE Mobile!): They show Brandon “The Thrill” Hill – who is the same size as Floyd Mayweather – getting absolutely destroyed by the Big Show. That toss to the floor as just brutal.

ECW GM Armando Alejandro Estrada has made a rematch for the WWE tag team titles for next week. Tommy Dreamer and Colin Delaney will battle with The Miz and John Morrison – in an EXTREME RULES match.

Backstage, CM Punk cuts a promo on Chavo Guerrero. He calls Chavo a “coward” and says he has earned this title shot and tonight he will once again be a champion.

Champ enters first which I doubt means anything anymore. Punk tries to keep Chavo grounded early on working a hammerlock. Whenever Chavo gets going, Punk punishes him with backbreakers. Punk tries his springboard, but gets shoved off to the floor for a nasty bump. Commercials! When we return, Chavo is working the knee. It gets good as Chavo is pretty aggressive at certain points and Punk sells great. Punk manages to escape a kneebar with a headscissors and enziguris Chavo to the floor for a tope suicida. Springboard clothesline connects, but his knee hurts. Chavo runs into a powerslam for two. Punk randomly goes for a grounded armbar and I’m not sure why. They trade kicks leading to the running knee in the corner and the bulldog gets two. Chavo surprises Punk with a rolling half crab. Punk makes the ropes and tries the GTS, but his knee gives way. Chavo tries the Three Amigos, but Punk counters the third suplex with an inside cradle for 1-2-NO! TORNADO DDT on Punk scores a two-count. They battle up top, but it’s Punk who goes down to the mat. FROG SPLASH. Chavo gets the win. (12:25 shown) Clean win for Chavo over Punk just like at No Way Out. I think that will do it for this feud, folks. **¾

NEXT UP: A THREE-HOUR RAW with WRESTLEMANIA REMATCHES! I’m sure they will be just as satisfying.