TIME FOR SOMETHING DIFFERENT. That’s right. We need to take a break from the WWF and see what else is happening around the world of wrestling here at the end of 1979 and where better to look than at Georgia Championship Wrestling. While this show is incomplete and jumps around, it’s available here on YouTube for all of us to enjoy and there’s enough action here to warrant a watch.

If you’ll notice the champions listed above, Georgia now has THREE NEW CHAMPIONS all in the span of one evening. I don’t know if that is due to lack of knowledge of when the titles changed hands so the researcher added the date of the title changes and chose the day prior to the airing of this show to list the title changes or what exactly. The Masked Superstar defeated Tommy Rich to regain the Georgia Heavyweight title, the Georgia Tag Team champs Ivan Koloff and Alexis Smirnoff beat Ole Anderson and Jerry Brisco, while Austin Idol pinned Ray Candy to win the Georgia TV title. If all of that happened in the same night, it’s pretty incredible and probably should have been mentioned on the show. MAYBE IT WAS. Since this show is incomplete, it’s not really fair to say for sure, so we’ll just move on.

In other news, there’s some interesting babyfaces and you’ll want to see who they are if you enjoy this era of wrestling. So, check it out.

Your host is Gordon Solie. END_OF_DOCUMENT_TOKEN_TO_BE_REPLACED

Your host is Frank Bonnema.
END_OF_DOCUMENT_TOKEN_TO_BE_REPLACED

Your host is Frank Bonnema.
END_OF_DOCUMENT_TOKEN_TO_BE_REPLACED

Your host is Frank Bonnema.
END_OF_DOCUMENT_TOKEN_TO_BE_REPLACED 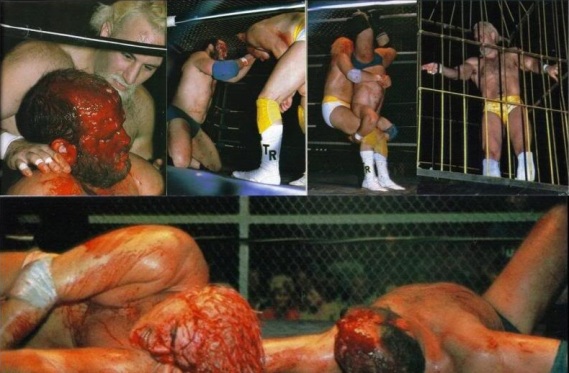 One of the most sought after matches in wrestling history that had never been released to the public – until earlier this week by the WWE Network. This is a match without commentary and all we have are hard camera shots with the occasional zoom in and out on the action. I WILL ADMIT – I know very little about the Tommy Rich versus Buzz Sawyer feud in 1982-83 Georgia Championship Wrestling. I know it was a very bloody feud that lasted a year and a half, but I do not have much knowledge as to the why’s of the feud and the angles that made it so memorable for so many people. I do have footage of that era of GCW and will be recapping that at some point in the future.

With all of that said, I would like to do a recap of the Last Battle of Atlanta match and some of the extras that go along with it to maybe help me understand this feud a little better.
END_OF_DOCUMENT_TOKEN_TO_BE_REPLACED

Your hosts are Boyd Pierce and Bill Watts. END_OF_DOCUMENT_TOKEN_TO_BE_REPLACED 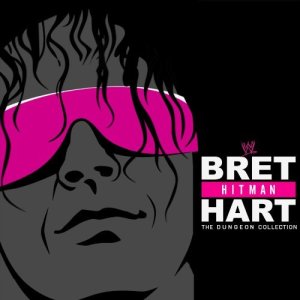 This is a SLACKAMANIA/PDRMatt exclusive DVD review. My boy Slack handles the interview portions while I tackle all of the match recaps. I want to work on the first Bret Hart DVD set here pretty soon. In the mean time, I hope you enjoy the latest WWE Home Video offering based solely on one of my wrestling heroes and hopefully one of yours: Bret “The Hitman” Hart.

Sorry for the delay. I hate to always have the same old story for being SO incredibly late with these things: school, work, and trying to have a life in between those two all getting in the way. And we begin! END_OF_DOCUMENT_TOKEN_TO_BE_REPLACED

Before the match, Flair comes out for his END_OF_DOCUMENT_TOKEN_TO_BE_REPLACED

WWE.com Legacy on Demand Showcase
May 2009

Since we can’t get 24/7 here in North Carolina just yet, I’ve subscribed to WWE’s online on demand service which is FILLED with stuff to watch that I haven’t ever seen. Not from just WWE, but from other territories and companies over the years much like WWE 24/7 offers, only it’s online.

I’ll be taking requests from people who want something reviewed/recapped, which I’ll work on completing a mix bag of matches like you’ll see here once a month. Just put your requests in the comment section. All I ask is no PPV matches and NO MORE THAN ONE EPISODE of the weekly programming (Raw, Wrestling Challenge, Superstars, House Shows) at a time. Believe it or not, I will get around to the PPV matches AND I just don’t have the time to do a bunch more programming than I’m already doing. I hope you all understand. So without further ado, here we go with my first edition. END_OF_DOCUMENT_TOKEN_TO_BE_REPLACED