Your hosts are Lenny Leonard and Phil Colvin. END_OF_DOCUMENT_TOKEN_TO_BE_REPLACED 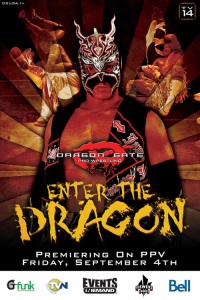 So I may be about five months behind on this one, but let’s see what all the hubbub is about since it won various ‘Show of the Year’ awards.

ECW alumni Dawn Marie welcomes everybody to the program. She will be *YOUR* special guest ring announcer for the whole evening. Just so you know, she looks nothing like this (NSFW) anymore. I enjoyed looking up that little picture.

I’ve been a wrestling fan as far as I can have memories (which is like three years old and I’m 22 – my memory wasn’t erased at 16 or anything – MEN IN BLACK~!) and I’ve been to WWF Survivor Series 2001, TV tapings, Nitro, and enough Saturday night indy feds in North Carolina to make me hate indy feds in North Carolina and I have never been in such a great wrestling atmosphere. The best wrestling experience of my life was Glory by Honor 7. The crowd was incredibly hot and into everything that happened, which also included a great card. Plus, you add in the prestige and history of being in the old ECW arena for a wrestling show and you’ve got enough to make for an amazing evening. The people there were so open and you felt apart of the show and I liked that. It seems hard to find that these days in wrestling.

– Jerry Lynn vs. Kenny King: Good opener. I had never seen Kenny King before. He’s like 2005 Shelton Benjamin with a dash of charisma. Lynn still looks good in the ring and the Philly crowd made sure to give him a warm welcome. I think they owed him that since I had heard he wasn’t too impressed with the ROH crowd. Lynn wins with the Cradle Piledriver. ** 1/2 END_OF_DOCUMENT_TOKEN_TO_BE_REPLACED