Tonight we look at the final three matches to close out the fifth night of the G1 Climax 24 round-robin tournament.

Your hosts are Mauro Ranallo and Frank Shamrock. This is the first episode of the AXS series without Josh Barnett. END_OF_DOCUMENT_TOKEN_TO_BE_REPLACED

SO MUCH JAPANESE WRESTLING TO WATCH THIS WEEKEND. Tonight though, we look at the final FOUR matches to close out the fourth night of the G1 Climax 24 round-robin tournament.

Your hosts are Mauro Ranallo and Josh Barnett. END_OF_DOCUMENT_TOKEN_TO_BE_REPLACED 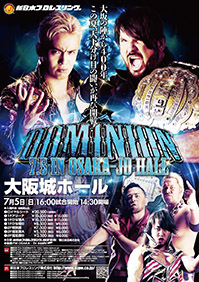 I’m skipping the ten-man dark match. It’s virtually the same every PPV with hardly any variation in the teams, so I’m not bothering with it.
END_OF_DOCUMENT_TOKEN_TO_BE_REPLACED

Tonight we look at the final three matches to close out the first night of the G1 Climax 24 round-robin tournament.

Your hosts are Mauro Ranallo and Josh Barnett. END_OF_DOCUMENT_TOKEN_TO_BE_REPLACED

The Bullet Club has gone FULL 1997 nWo-style on the championships in New Japan. Tonight, all four of their championships are on the line. New Japan Cup winner Kota Ibushi meets IWGP Heavyweight Champion AJ Styles in the main event, Kenny Omega defends his IWGP Jr. Heavyweight crown against Mascara Dorada, Rocky Romero and Baretta take on the IWGP Jr. Heavyweight Tag Champs the Young Bucks, and Doc Gallows and Karl Anderson battle over the IWGP tag belts with the Kingdom from Ring of Honor. SO MANY POSSIBILITIES FOR CHANGE.

NOTE: If you’re looking for a hardcore puroresu fan perspective for this show, unfortunately you’ve come to the wrong place. I am at best a casual fan of New Japan, but the World Pro Wrestling show on AXS is peaking my interest in what they are capable of doing, so that’s why this recap is happening. That being said, I will do my best to not assume anything or hopefully make you roll your eyes at my ignorance as I hope that doesn’t show through all too much.
END_OF_DOCUMENT_TOKEN_TO_BE_REPLACED 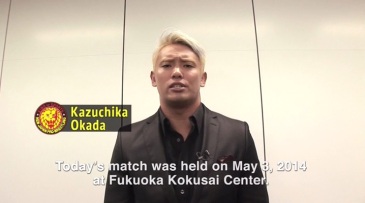 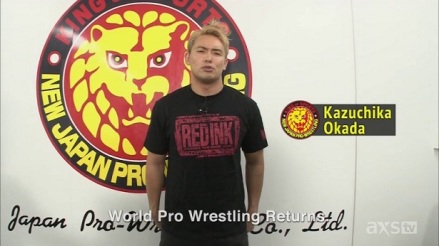 This show is ALL about the Bullet Club.