We are a week out from Superbrawl IV where Ric Flair retained the WCW world title over Vader in a THUNDERCAGE match. As special referee, The (Big) Boss (Man) was a huge help in that match for Ric Flair which will lead to the Vader-Boss feud that causes Boss to get a name AND gimmick change and takes us WAY into the fall. But before Superbrawl IV, Ricky Steamboat was whipped (WHIPPED LIKE A DOG!) by Vader and now he wants a match with the Mastodon himself! That’s not very bright, Ricky. Heenan thinks that evidently Steamboat has his insurance paid up because that’s the only thing he can come up for a reason to want to get in the ring with Vader.

Your hosts are Tony Schiavone and Bobby Heenan. Funny how they updated the show intro, but not the set. END_OF_DOCUMENT_TOKEN_TO_BE_REPLACED 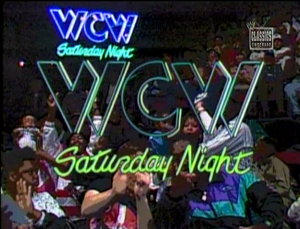 Before the program, we see a past interview where the TV champ Steve Austin calls Ricky Steamboat yellow for ducking a title shot because he was home nursing some hurt ribs. Therefore, no more title shots for Ricky Steamboat. Well, Steamboat rips off his Ralph Lauren polo to reveal taped ribs. That proves everything!

Your hosts are Excalibur and Disco Machine. END_OF_DOCUMENT_TOKEN_TO_BE_REPLACED 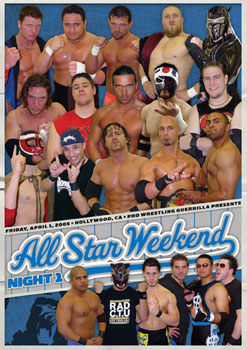 Your hosts are Excalibur and Disco Machine. END_OF_DOCUMENT_TOKEN_TO_BE_REPLACED 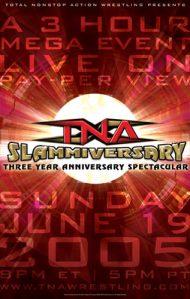 In a moment that had everybody smiling who said that TNA would never last, TNA loses its cable deal with Fox Sports Net and were forced to make their weekly iMPACT show exclusive on their website until they finally scored a deal with Spike TV which debuted iMPACT on October 1. It’s certainly an arguable point, but TNA’s greatest PPV period quality-wise could have very well happened when they didn’t even have a TV deal – starting with this PPV and into Unbreakable in September, which is best remembered as a show that included the greatest match ever in TNA history: AJ Styles vs. Christopher Daniels vs. Samoa Joe.

Your hosts are Mike Tenay and Don West. END_OF_DOCUMENT_TOKEN_TO_BE_REPLACED 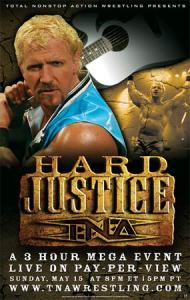 Chris Candido gets a nice ten bell salute in the Impact Zone before anything else happens. He died on April 28 2005 due to complications with a blood clot in his broken leg after surgery.

For this recap, we go back to when iMPACT was just an hour-long show at 3PM on a Friday afternoon on your local Fox Sports Network. Good times. This particular episode of iMPACT is special for two reasons: most importantly it is the final TV appearance of Chris Candido before his untimely death and there’s also a significant title change at least at the time.